As many ScotNetters will know, in September 2018 my wife began a master’s degree at the University of Dundee. Just two and a half years after my big move to Namibia, it was time to say au revoir to the Mother Continent and hello to the Old Continent. I’d been away from Europe for little over half a lustrum (a favourite word of mine, so had to sneak it in), but it was my first time living in Britain since I’d left her shores and moved to Paris in 1999. How would it feel being back? Would the whole Brexit saga make me just want to leave? Would I get reverse culture shock?

Despite all the political turmoil while I was there, and my inability to understand the dreadful decision the British people had made in the Brexit referendum (though most Scots had rejected leaving the EU), I thoroughly enjoyed being back in the UK. Oranjemund, my home town in Namibia, is a very different place, which I love dearly, but there are certain simple pleasures you miss when you’re there: visiting museums, taking the train, going to the water park, getting a decent selection of cheeses, sampling a new restaurant (there are only a handful in our town), having a Chinese or Indian takeaway, or tucking into a fish supper –  as the Scots call their fish and chips. And Dundee has an awesome array of charity shops!

Plus, with my parents and siblings only five hours away by car or train, my wife and I were far closer to any family than we’d ever been since getting married (Mary’s nearest siblings are a nine-hour drive away from Oranjemund, and her parents a 15½-hour drive away), so it was great to see family more often. Rather conveniently, York (where I’m originally from) is on the Edinburgh–London railway line, so we were able to drop our daughter off with the grandparents a few times on the way to events we were attending.

Haggis was a family favourite. My daughter thought it was delicious.

The Dundonian people were lovely, from the pensioners on the buses to the wonderful staff at Roseangle House nursery and the marvellous folk at our local church.

I was also much closer to many translation events happening in Europe, which allowed me to attend more events than I normally can when I’m based in Oranjemund.

Keen to use the year to meet local colleagues, I signed up for ScotNet‘s AGM and 2018 Christmas lunch in Glasgow. My wife was busy that day, so I asked if I could bring my daughter along, which they said wasn’t a problem. At the AGM I realised why so many people had told me that ScotNet is such an active group, as they had lots of plans in the pipeline, including holding workshops and sending translators to careers fairs.

In April, I ran my PerfectIt workshop at MET‘s 2019 spring workshop event in Nantes. Getting from Dundee to Nantes was harder than I’d envisaged, involving a train to Aberdeen and a change of plane in Amsterdam. But despite the travel headache, it was well worth going and was excellently organised. You can see some photos of the actual sessions on MET’s website. Breakfast was the highlight for me! The rest of world don’t make their croissants and pains au chocolat quite like they do in France. 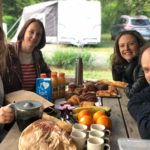 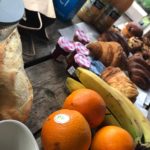 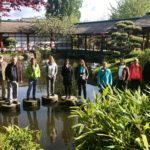 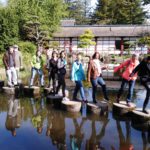 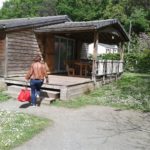 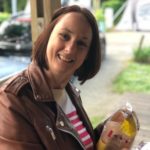 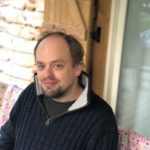 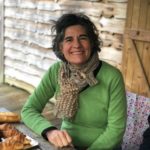 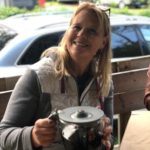 For those who haven’t attended my PerfectIt workshop, I show attendees how the tool works before delving into how to customize it to match their clients’ preferred style. Send me a message if you’d be interested in me running the workshop for your organization.

Back in Scotland, in June I came straight off a plane from Nairobi (more on that in a future post) to attend ScotNet’s brilliant summer workshop weekend in the quaint seaside town of Aberdour, in Fife. There’s already an excellent review on the ScotNet website, so I won’t add anything about the workshop. After the fun of the Ceilidh (and Liverpool’s Champions League victory) the night before, the ITI Scotnet weekend ended with a walk along the beautiful Fife Coastal Path. Many of us were joined by our partner. My daughter decided to come along too. Thanks to ITI Scotnet member Kay McBurney for the photo.

The social programme was fantastic, with an evening ceilidh (not recommended during social distancing!) and a Sunday morning walk along the Fife Coastal Path. I would have thoroughly recommended attending the 2020 summer workshop in Shetland, but alas, it was cancelled for reasons I needn’t explain.

I have so much more to say about our year in Europe, but I really want to get something fresh on my blog, so I’ll stop rather than wait until I’ve written more. For now, I’ll sign off with two more photos from Dundee.

In a future blog post, I’ll talk about the new work I’ve begun doing for some international institutions. For now, I’ll sign off with two more photos from Dundee. Watching flights take off over the Firth of Tay, on a rare warm day a week before we left. Final trip to Dundee for my wife’s graduation. (She passed with distinction, by the way.)