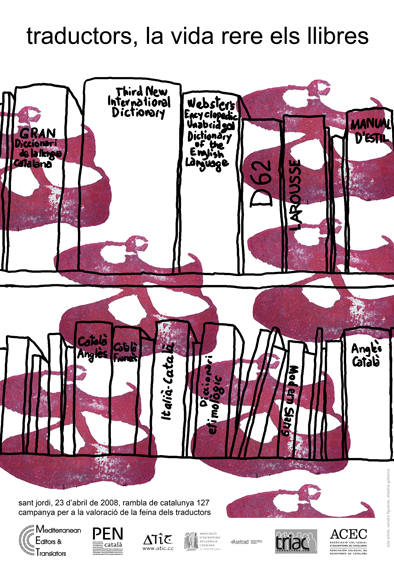 Despite all the training, I still have to say “barthroom” [sic] to get Dragon to write bathroom correctly. When I say “bathroom”, I get all sorts of interpretations. To give you an idea, I’m now going to create a list by saying “bathroom – press enter” several times:

This is very annoying.

Before writing this entry, I would like to make it clear that the purpose of this entry is not to criticise a translator, but simply to reflect upon how a particular translation could have been improved. I am sure that there are also many things that could be improved in my own translations.

By keeping the reference to the UK in the Catalan version of the documentary, it doesn’t really make a lot of sense to the Catalan viewer and sounds rather arbitrary. Why is the narrator referring to what happens in the UK, rather than in another country? In Germany, the body would also have been kept as evidence, as it would in France, Italy or Belgium. So it would have made much more sense to say “in Europe” or “in Catalonia”.

This is just a short reflection on one of the many things we have to think about, besides converting words from one language to another, when translating.